Held at Lyon & Healy Hall, our annual Chicago Harp Day returns in 2022 on May 1 with a performance and masterclass presented by guest artist Cheryl Losey Feder.

Harp Day is free to attend, but registration is requested.  This is an in-person event. 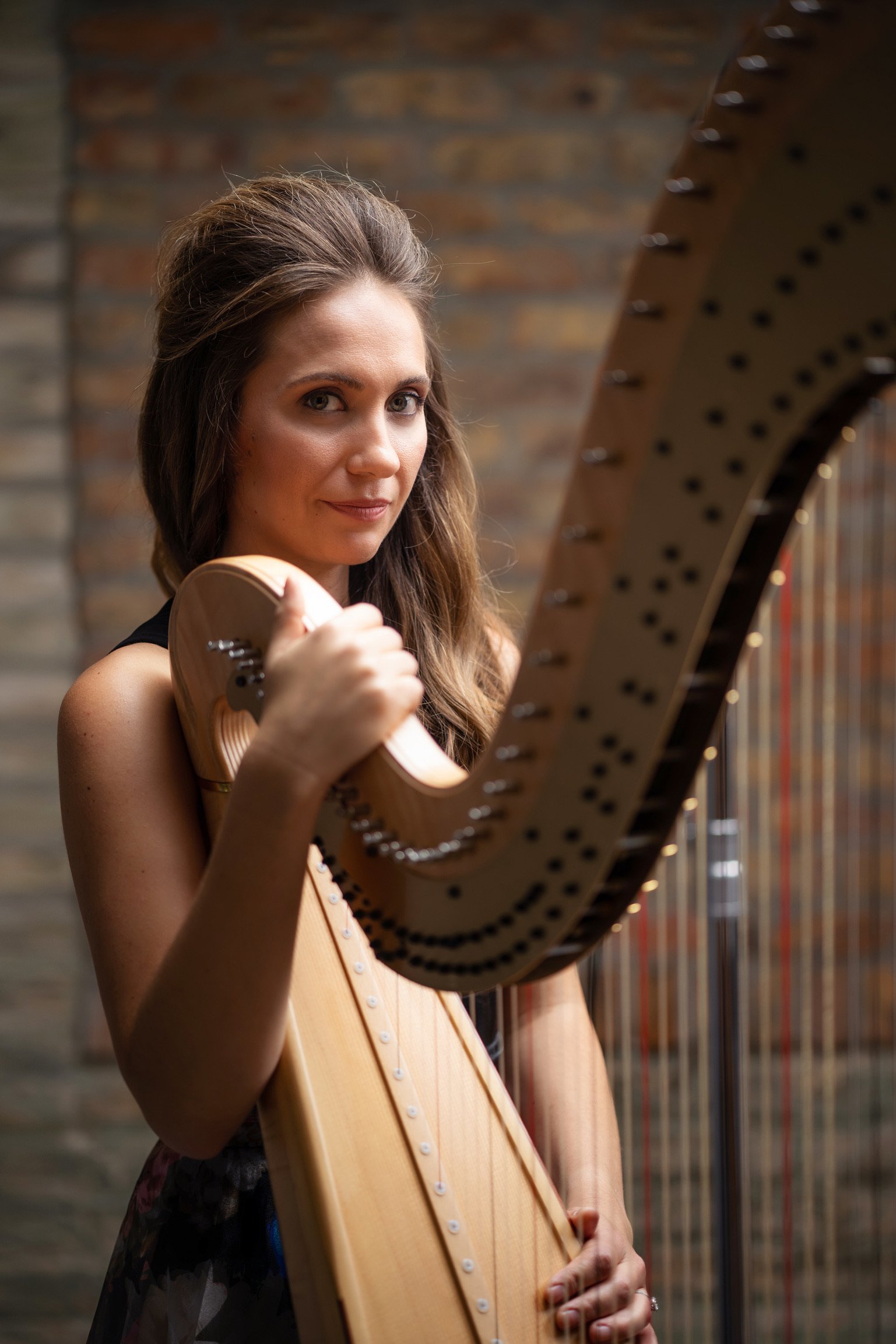 Winner of the Alice Rosner Prize at the Munich International Competition, Cheryl Losey Feder is one of the leading harpists of her generation. Ms. Feder has performed as guest Principal Harpist with some the world’s premiere orchestras, including The Philadelphia Orchestra, The Cleveland Orchestra, The Chicago Symphony, The Minnesota Orchestra, The Dallas Symphony Orchestra, and The Detroit Symphony Orchestra. Having held the positions of Principal Harp with The Buffalo Philharmonic and The Sarasota Orchestra, Ms. Feder is also a passionate educator of the next generation of harpists, and will be joining the faculty of the National Music Festival in 2022.

Ms. Feder’s love of sharing music has led to performances in over twenty countries and six continents, in venues from the Sydney Opera House and Carnegie Hall, to the townships of Soweto, South Africa and orphanages of Kingston, Jamaica. As an orchestral harpist, she has performed with major orchestras such as the Cleveland Orchestra, Philadelphia Orchestra, Chicago Symphony, St. Louis Symphony, Dallas Symphony, Luzerner Sinfonieorchester, Houston Symphony, and the New World Symphony under conductors including Michael Tilson-Thomas, Valery Gergiev, Jaap Van Zweden, Gustavo Dudamel, Franz Welser-Most, and Yannick Nezet-Seguin. Festival performances include the Pacific Music Festival in Japan; Tanglewood, Spoleto, and Aspen Music Festivals; and most recently, the Santa Fe Opera, Strings Music Festival and Cabrillo Festival. As concerto soloist, she has appeared with the Sarasota Orchestra, Orchard Park and Artosphere Festival Orchestra, among others. Top prizes she has received include the Alice Rosner Prize at the Munich International Competition; First Prize and Grandjany Prize in the American Harp Society’s National Solo Competition; and First Prize in the American String Teacher’s Association National Solo Competition.

A passionate educator, Ms. Feder is on the faculty of the National Music Festival, and has held teaching positions at the PRIMA Music Festival, Blue Lake Fine Arts Camp and Arizona State University. She has presented masterclasses at the Cleveland Institute of Music, Roosevelt University, University of Southern Maine, and University of Michigan in 2022.

Seeking to expand the capabilities of the harp, she is a founding member of the Dallas Harp Quartet, made up of four the nation’s premiere harpists, touring with and recording the Quartet’s unique transcriptions and commissioned works. With her husband cellist Abraham Feder (Assistant Principal Cellist of the Detroit Symphony Orchestra), the Feder Duo recently gave their debut recital for WFMT Chicago and the International Music Society, including their own transcriptions and never-before recorded works. Ms. Feder has been a featured artist on the classical music station WCLV Cleveland, WUSF Florida, and in the PBS documentary Harp Dreams. Ms. Feder was honored to receive the John Ringling Towers Performing Artist Award in support of her debut solo album, A Story.

Ms. Feder received her Bachelors and Masters Degrees at the Cleveland Institute of Music as a student of soloist and recording artist Yolanda Kondonassis. She had additional studies Nancy Allen as harp fellow at the Aspen Music Festival, and Alice Chalifioux at the Salzedo Harp Colony. Ms. Feder is a native of Harpswell, Maine where she began study of the harp at age five with Jara Goodrich. Ms. Feder is married to Abraham Feder, Assistant Principal Cello of the Detroit Symphony, and proud mother to little Samuel and Ernie Banks-the dog.

Please fill out the form below and click “SUBMIT FORM.”  This is an in-person event.

Our 2020 Chicago Harp Day was virtual with performances and workshops presented by
Katherine Siochi and Lyon & Healy Staff.
If you missed it, you can still watch the event on our YouTube channel, simply click here and follow along with our
Chicago Harp Day Program (PDF).