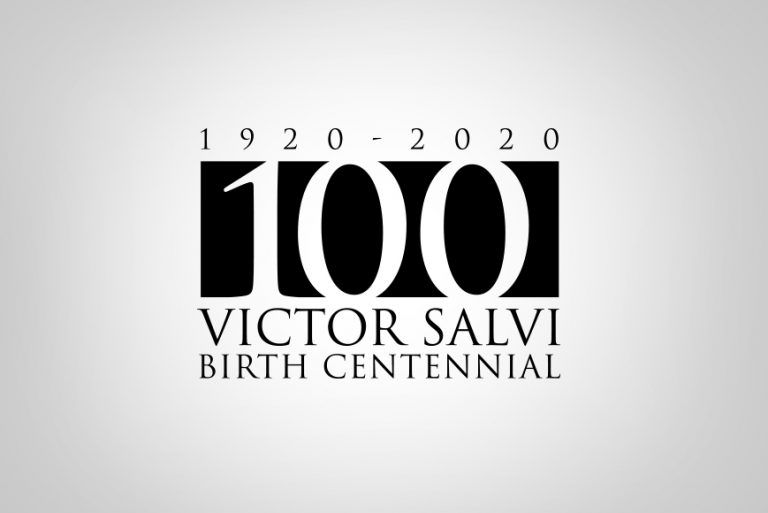 Heir of a musical family of entrepreneurs and performers, young Victor Salvi became a professional harpist performing with the New York Philharmonic and NBC Symphony Orchestras in the 1940s, Victor began to think about how to design and build a better harp.  Starting with a workshop in New York, he moved to Italy and eventually settled his factory in the Piedmont region, in the town of Piasco, where it is still located today.

He is credited with numerous mechanical and structural advancements to the harp, and his strong belief in research and development is still a cornerstone of the Salvi Group of companies.  In 1987, Victor acquired his main competitor Lyon & Healy Harps saving it from an uncertain future so that it could it would continue to focus on making these harps as they were done since 1889.  The group of harp manufacturing and associated businesses that Victor assembled over his lifetime employs now over three hundred employees, worldwide.

During his frequent travels, Victor acquired the most comprehensive collection of antique harps in the World which made its home in the first museum solely dedicated to this instrument, in Piasco.  He also commissioned works by renowned composers for harp, gave grants for composition of musical scores, and their historical archives.  Victor promoted young musical talents in their education, and early careers, including debut recitals and recordings.

During his life he collected many awards and recognitions as; became an Honorary Member of the Royal College of Music in London; he was Knighted with the Order of Merit of the Italian Republic; he was awarded with the Gold Presidential Medal of Honor by Shimon Peres of Israel; he received Honorary Citizenships of Piasco, Costigliole di Saluzzo, Viggiano, in Italy, in France at Chateauneuf de Grasse, and in Cartagena, Colombia.

In 2020, we honor the 100th anniversary of the birth of Victor Salvi, as a great entrepreneur, musician, and philanthropist.