Sonja Inglefield shares a story about early childhood harp lessons with her mother, Ruth Inglefield, and what inspired the passion to carry on her mother’s legacy with beginner harp music.  Lyon & Healy Publications is proud to have these mother and daughter series as part of its catalog: “Songs and Solos for Sonja” by Ruth Inglefield and “Songs and Solos by Sonja” by Sonja Inglefield.  These series of collections, which include pieces written to help new harpists develop their skills, may be used as companions or individually.

When Salvi Publications first published Songs for Sonja, I was only 3 years old. At the time, it was commonly believed that children shouldn’t begin harp lessons until age 10 or 12. This was well before the Suzuki Method added a harp curriculum. Mom said I insisted on playing an Irish harp we had in the house. She wrote some short, patterned pieces to teach me by rote, and made sure they were comfortable for my tiny fingers. After they were published, Mom gave a lecture about teaching young children at an AHS Conference. She brought me along, had me play several of the Songs, taught me a new one in 5 minutes, and the audience was amazed! My mother single-handedly opened the harp world to the idea of early childhood music education – at least, that’s how my overly-dramatic 4-year-old self likes to remember it. 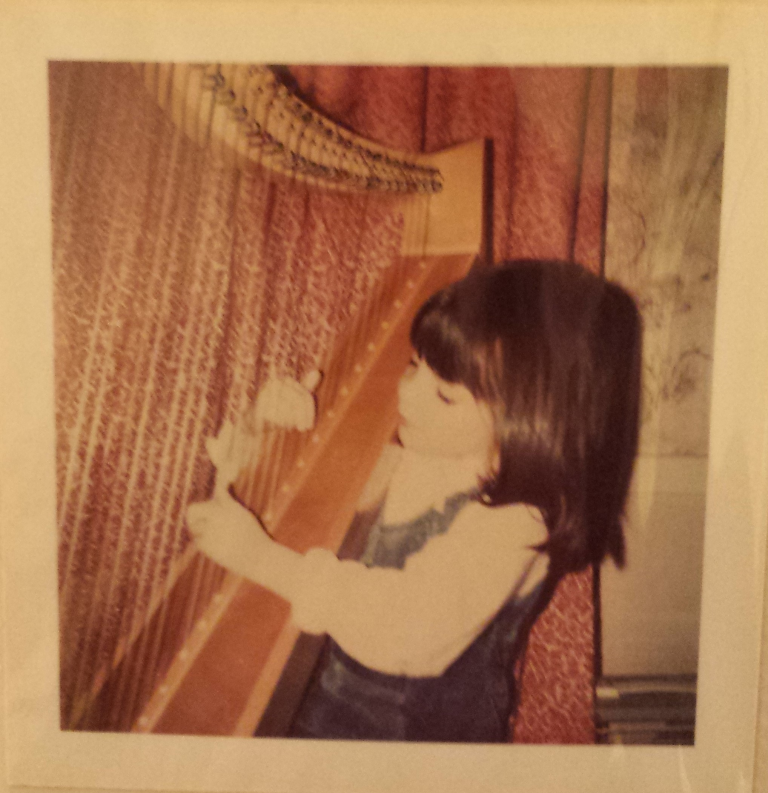 The books themselves follow a simple pedagogical progression: finger, thumb, replacing, three in a row,  four in a row, triads, harmonics, rolled chords, etc. Always the champion of contemporary music, Mom even included a piece with a very modern fingernail glissando – quite unusual for the time. It quickly became clear that the books were an excellent foundation for beginners of any age, adult and children alike. I still meet several harpists a year who say, “You’re THAT Sonja?”

After using Mom’s books for decades, I noticed that some students needed a little more time with certain concepts before moving on. I talked with Mom about it, and she suggested, “Well, why don’t you write some Songs BY Sonja?” So, I sat down with her books and tried to decide what needed extra emphasis or where there might be holes to fill. I made sure to include even more “modern” effects, reflecting the current standard. Each one of my books complements hers, so they can be used in pairs. Of course, I consulted with Mom the whole time, and she had final approval.

The illustrations in the original books were all drawn by Mom! Even though the series is not only for children anymore, I asked Lyon & Healy to keep the pictures in their new edition. To me and a whole generation of harpists, those smiling harps and somersaulting treble clefs are iconic.

Here’s a secret: Mom let 3-year-old me choose a lot of the titles. Is that obvious? However, my BEST title did not make it into publication. The second title, “Fun Song,” was too dull. As far as I’m concerned, the proper title for that piece will always be: “F, C, F, WHEEEEE!” -Sonja Inglefield 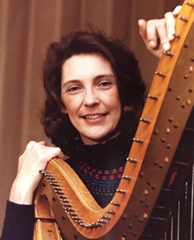